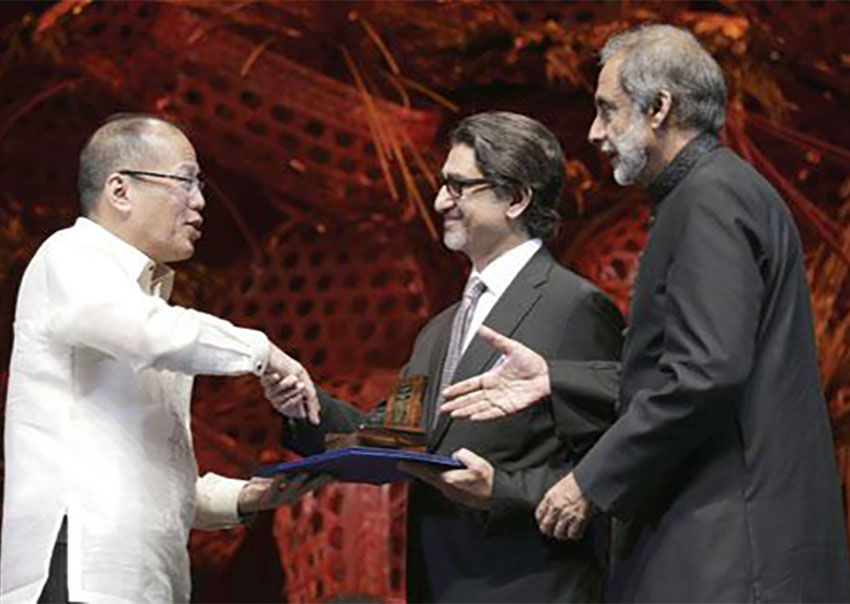 Published in Gulf Times
Ramon Magsaysay 2014 awardee The Citizens Foundation (TCF) of Pakistan represented by Ateed Riaz (right) and Saleen Ahsan receive the award from Philippine President Benigno Aquino III during the presentation ceremony in Manila yesterday. The Ramon Magsaysay Award is one of Asia’s highest honours and is widely regarded as the region’s equivalent of the Nobel Prize.