Bank a Book for TCF children with Coca-Cola 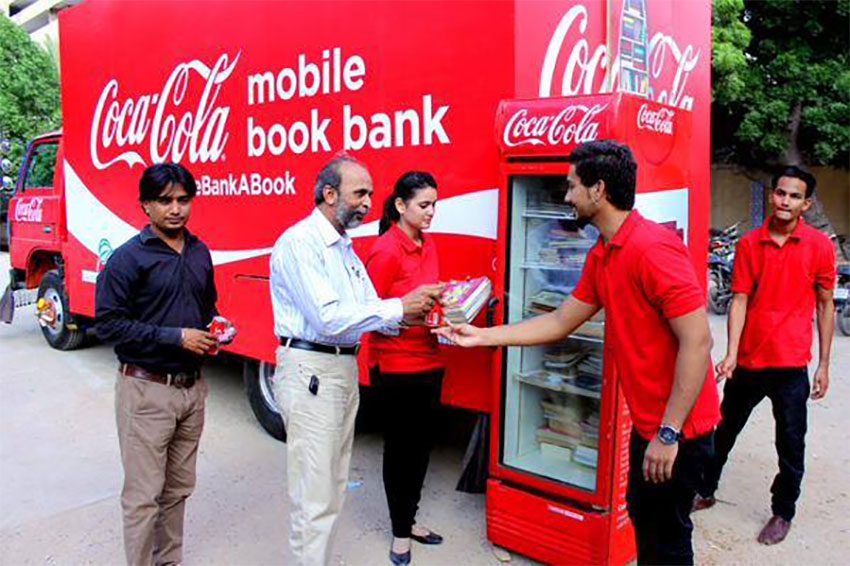 Karachi Literature Festival (KLF) is around the corner and the city is buzzing with excitement. Over the years, the Festival has established its popularity amongst the Karachi crowds and has become an event not to miss. Apart from promoting literature, an important aspect of intellectual growth, here’s one more reason why we think you are going to enjoy being there.

This year Coca-Cola has launched a new initiative at the KLF called Coke Bank a Book.Coke Book Bank for TCF

What a creative idea!

Coca-Cola will place its unused coolers, refurbished to be used as bookshelves, at the KLF asking people to donate books in them for TCF libraries.

These books will then be sold to raise funds for TCF school libraries with books relevant to TCF curriculum, medium of instruction and standards. In return, the donor will receive a free drink from Coca-Cola!

Official hashtags for this activity are #CokeBankABook and #CokeKLF2015. You too can join the conversation!

Coca-Cola Pakistan has been a valuable donor for TCF, previously sponsoring the complete construction of a TCF school in flood-affected Muzaffargarh district while bearing all operational costs of the campus since the last three years. With this activity at the KLF, they are hoping to raise valuable funds for TCF libraries.

So how can you join?

Visit the KLF this year at Beach Luxury Hotel from Feb 6th to 8th between 10 am and 10 pm.
Check out the Coca-Cola Banks and donate a book or more and take a selfie.
Send us a tweet, something like “Just donated books to @TCFPak via #CokeKLF2015 and feeling very proud” and attach your selfie if you like 🙂

Here’s a final tip for the KLF attendees: