A Lesson in Perseverance 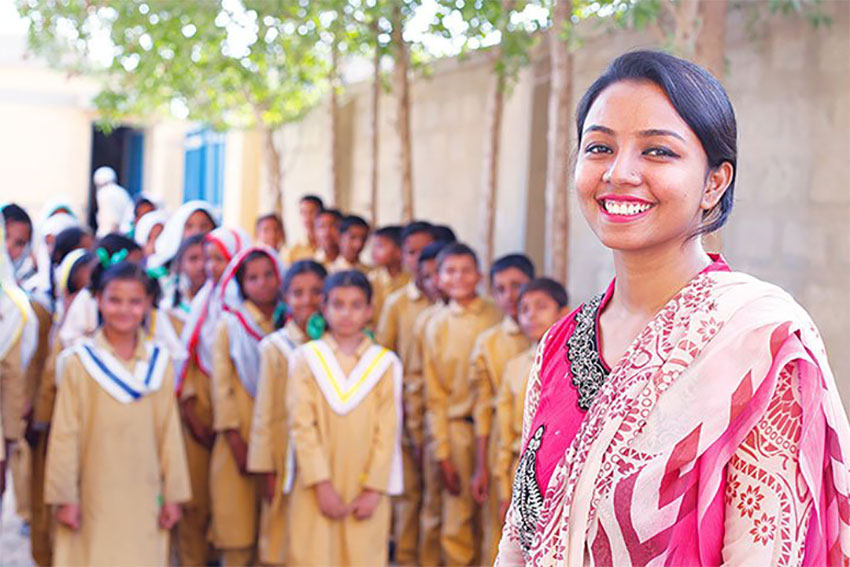 “During my interview for Principal’s position, the Regional Manager asked me, ‘What if you do not make it?’ I told him that I will try harder next time. I will be like a spider that never gives up … time and time again it falls, yet gets back to try again.”

Rohaila Khan completed her matriculation from TCF in 2004 with flying colours. She pursued her passion to teach by joining TCF as a Pre-Primary teacher while continuing her higher studies. During her eight year tenure as a teacher at TCF, Rohaila progressed to becoming an English Language Teacher and even a Teachers Trainer while also earning a Bachelor’s degree in Sociology.

However, it was her self-assured personality, confidence and management capabilities that earned her the distinction of becoming the first TCF alumna to take charge as a TCF School Principal.

Rohaila was appointed as a Principal of a TCF Primary School in Khuda Ki Basti two years ago. Since then, her role as a manager of the teaching and non-faculty staff, school administrator and opinion leader in her school community has taken Rohaila on a unique journey of self development and personal fulfilment.