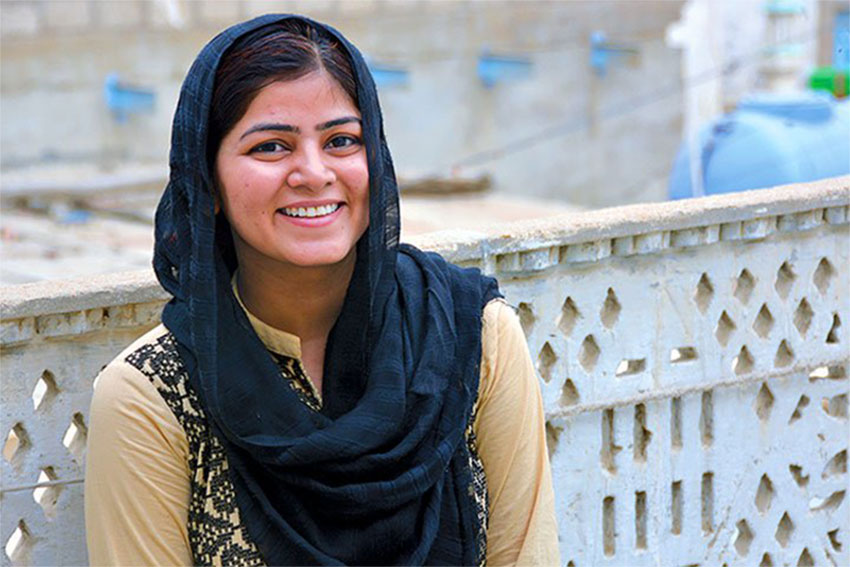 “I don’t have the words to thank TCF’s Founding Directors, donors, supporters, volunteers and management. But I am pleased to inform them that thanks to them, a humble agent of change has started her journey in the policy making corridors of Pakistan, and is ready to promote positive change in this country. I have no doubt that had there been no TCF, there would be no turning point in my life. Thank you TCF for turning a slum-wanderer into a policy-maker!”

Uzma Salim was part of the first matriculating batch of TCF students in 2003. She returned to her school as a teacher, but three years later, her aspirations led her to join the MBA Program at Bahria University where she was granted a scholarship for securing the top position in her class in the first semester.
Given her family’s fragile financial situation, Uzma had to stitch clothes and give tuitions to cover her expenses while working hard to maintain her academic standing for the scholarship from her university. Her untiring efforts paid off when she stood top of her class at the end of her MBA Programme.

Despite her success, Uzma felt that her true calling was in public service and decided to take the Central Superior Services (CSS) examinations. When the results came in, Uzma stood 17th out of 13,000 candidates competing to join this elite cadre of civil servants. She is now undergoing training for a promising career committed to public service.

One reply on “From Slum Wanderer to Policy Maker”