Children Belong in School, Not Jail 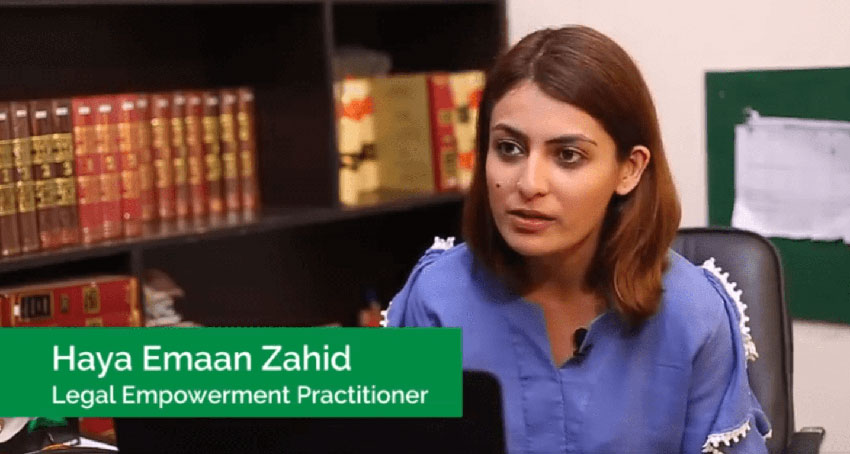 “It’s very heart-breaking to see a child in jail whose family has given up on him because they are either too poor to fight for his rights or too busy feeding their other eight or nine children. Most children, who end up in jail, wait for their parents to visit them but have been ostracized by their families. These children have already given up on life and then they have to endure abuse and violence in the prison,” Haya Emaan Zahid, who is a Barrister by profession, shares her ordeal. “It’s not soft and cushy in the jail. It’s a place no child should ever have to see,” she pleads.

Watch our interview with Zahid on our Facebook page.

“Aap mujrim to paida nahi hote. No one is born a delinquent or a criminal,” says Zahid, who serves as the Program Director at the Legal Aid Office, a quasi-public agency that provides legal aid and representation to less privileged under-trial prisoners in the province of Sindh. “There are various factors in the society that either push someone into delinquency or pull them out of it. The basic factor that works in socialising a young mind is the family. When we visit the juvenile jails, we often come across narratives of broken families, addiction, financial constraints, instances of abuse and violence – this bleak environment that a child is exposed to at an early age is what affects his mind,” explains Zahid.

Another important factor that contributes to the juvenile crime rates is the lack of accessibility to quality education. “We did a baseline research with 133 children in juvenile jails to understand the literacy rate of these children. Only about 50 per cent of them were able to write their name in Urdu and not even a 10 per cent could do the same in English. The Urdu reading competency was at Grade II level for just about 20 per cent of the participants,” reveals the self-proclaimed legal empowerment practitioner who aims at enhancing legal empowerment of marginalized communities through raising awareness of legal rights and remedies. “So the question is, where do you even begin to talk about legal system, crime and morality with them? They are unable to differentiate right from wrong, let alone making an informed decision. They don’t know what their rights are, they don’t even know what theft is. They picked something up because they needed it or liked it. They don’t even know they are committing a crime when they are doing it.”

The woman who has spent nine years working tirelessly for a better future of prisoners who are innocent or regretful of their crimes suggests there are two things that can prevent children from ending up in jail. A strong social-welfare system and accessibility to education. “Parents need to take interest in what their children are doing, who they are hanging out with and where they are going. They need to create safe environments for their children, so they don’t indulge in harmful activities outside home,” she concludes. “Other than family, it is only through education that you can save the future of these children.”

“The dynamics of our society are such that the youth is frustrated and if we don’t actively work to engage them in productive ways and harness their potential, it is obviously going to have huge ramification to the development and the state of law and order in the country,” Zahid emphasises the need to bring more and more children into schools and to be able to provide quality education to them. “By and large, the children who end up in prisons are those who are out of school and have no exposure to formal education system whatsoever. We need to get these little ones to the school in order to prevent them from ending up in jail.”