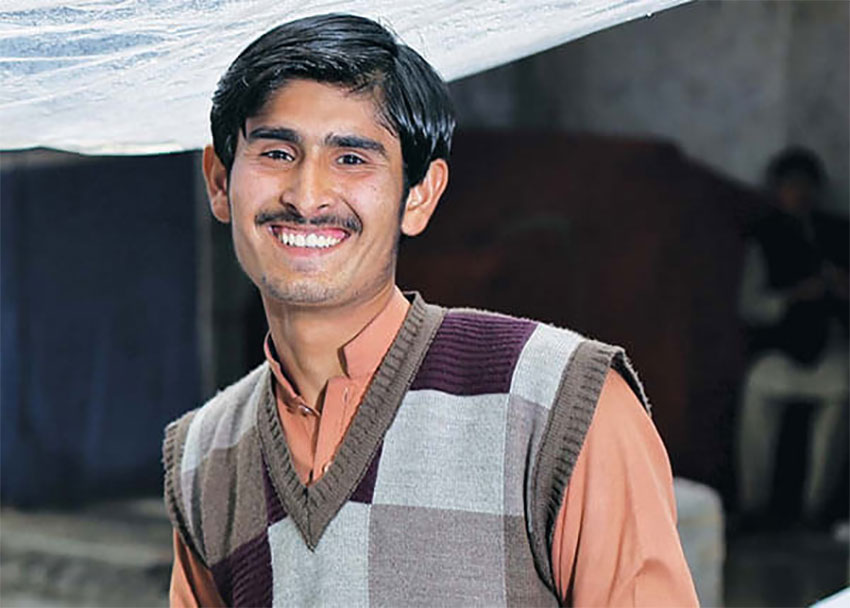 It was 2007; thousands of people were forced to flee their homes in Bajaur Agency as the Pakistan Army intensified its operation against the militants. Jawwad, who was just seven at that time, can clearly recall the horror.

“There were helicopters and jet fighters everywhere, explosions echoed and the sound of warplanes roared above us. We remained confined to our homes, but were soon running short of food and other supplies. That is when our family elders decided to move. We boarded a truck the next morning, travelled for 5-6 hours and reached Nowshera in Khyber Pakhtunkhwa,…our new home” recounts Jawwad.

As his family settled into their new abode, Jawwad’s father started to look for work. He got Jawwad and his younger brothers admitted into a nearby government school. “Our schoolmasters there did not teach us well. They would make us read textbooks without giving any understanding of the topic at all. Then a year later, we found out about the TCF School and its high standard of education. I finally got myself enrolled there in class 6.”

Today, Jawwad is in ninth grade at TCF School, Nowshera. He’s not only a well-rounded student but also assists his father in making a
living selling seasonal items at a roadside stall. “As the winter season approaches, we start selling woollen socks and other warm clothes on our stall, while in summers we sell caps and sunglasses. This helps us make ends meet,” shares Jawwad.

Jawwad wants to become a computer engineer. “My Rahbar (mentor) did tell me that it requires extensive college education, but he also told me that if I work hard at it, I will get there,” Jawwad finished with a grin.