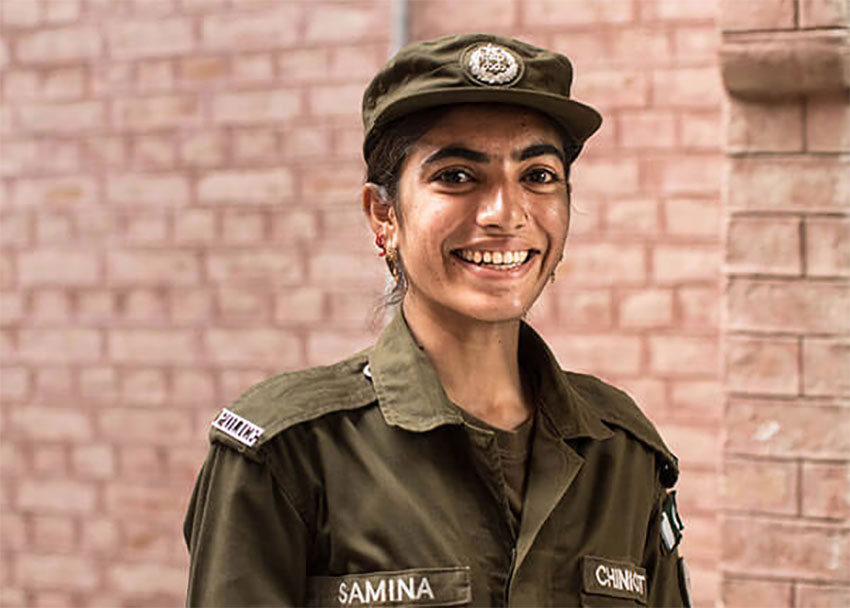 When she was little, Samina Noreen, living in Moza Kot Sharif, a small village in the Chiniot district of Punjab used to rouse from her sleep for prayers; bowing her head in prostration, beseeching, “O Allah, please help me continue school.”

“What’s the point in educating your girls, what good will come of it…these were some of the hurtful comments that my father had to deal with all through our school life. He still made sure we continued our education,” shares Samina. Today, Samina’s father Dost Muhammad, a daily wage labourer, takes immense pride in the fact that Samina and her three sisters are the only girls in their small village settlement who went on to complete their matriculation.

After matriculation, Samina, did her Intermediate and became the first female police constable of her village. “Punjab Police had invited applications. When we saw the ad in the newspaper, my elder brother encouraged me to apply. I gave the test and was able to clear it quite easily,” says Samina.

Samina is now posted at the Chenab Nagar Rabwa Police Station, an hour and a half away from her home. “Women are more comfortable sharing their grievances with women. I lodge their complaints and take appropriate action after consulting with my seniors.”

“This field has never had too many women; but our society has slowly begun to accept the change. Girls are breaking the mould,” she reflects.