A Long Walk to Education 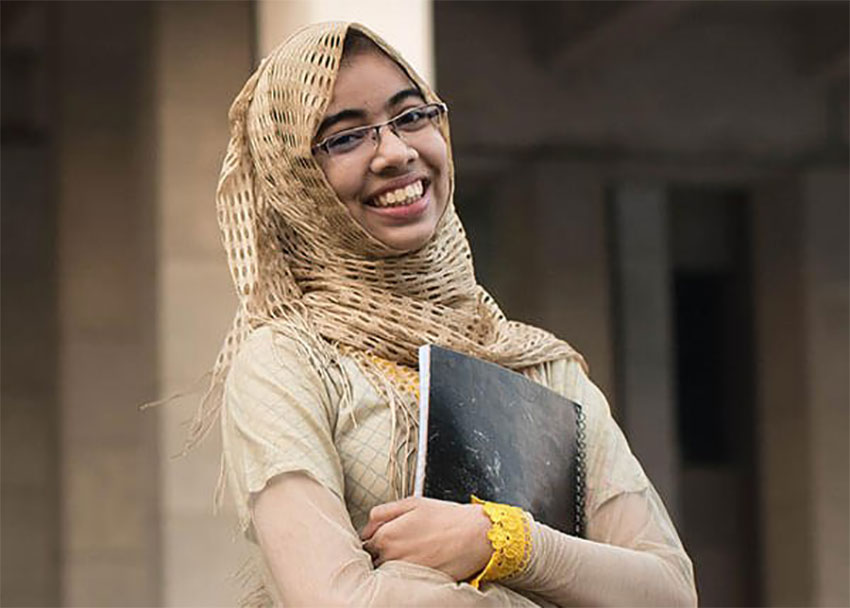 “My parents enrolled me in kindergarten at TCF School, Sumar Goth Campus, located near the coastline of Karachi, but soon pulled me out because it was nearly 35 minutes to school on foot each way. It wasn’t until grade 6 that they decided to take on this difficulty for the sake of my good education, putting me back into TCF,” narrates Sabahat Kashif, TCF, School alumna 2015.

Sabahat’s father, who is a machine operator, felt that it was unsafe for girls to be walking to school alone as they often run the risks of being harassed or teased. So, it was her mother who took the responsibility of walking her and her 3 siblings to school, braving the danger of walking the streets along with the intense heat and humidity.

After passing her matriculation with flying colours, Sabahat applied at the newly established TCF College for Intermediate. She went through a rigorous selection process and became part of the first cohort of TCF college students.

“TCF College offered us not only an excellent academics programme but also great opportunities for personal development. The College transportation service took about two hours to get us there but my parents were at ease because they were familiar with TCF’s safe and female-friendly environment,” shares Sabahat.

After graduating from TCF College, Sabahat has made her way to the Lahore University of Management Sciences (LUMS) to pursue a degree in Computer Science.

“Initially, my mother was reluctant to send me to Lahore to pursue my university education. It took quite a bit of convincing; my teachers at College actually did that job.” Sabahat finished with a confiding smile.